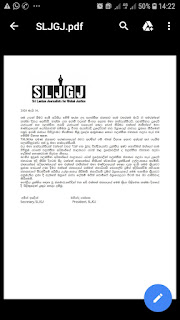 Palestinians worldwide observe May 15 as “An NAQBA”, meaning “catastrophe”, to mark their forceful eviction 72 years ago from their homes and lands by the Zionist Jewish terror gangs who arrived from Europe and Russia to set up a Jewish racist state on Palestinian lands.
In the aftermath of World War 1, after the collapse of the Ottoman Empire, the Middle East was brought under British and French colonial powers. Palestine, where Palestinians were 96 percent and 4 percent Jews, were brought under British Mandatory power.
British colonial power and the Zionists conspired to kick out the Palestinians from their lands and set up an exclusive Jewish state of Israel there. Jewish terror gangs Irgun and Haganah, with the connivance of British rulers, began massacring and terrorizing the Palestinians to force them to flee their lands.
Two of the early massacres took place in the Palestinian villages of Deir Yassin and Kafr Kassim.
Unable to face Zionist terror, around 700,000 Palestinians left their lands and homes for safety to neighboring Jordan, Lebanon, and Syria and to West Bank and Gaza.
To Palestinians, the Nakba is a collective tragedy whose wounds have yet to heal 72 years later today. It is not just the destruction of at least 436 villages or the forced displacement of Palestinians, but of ethnic cleansing.
The  an-Nakba was commemorated since May 15, 1948 as a day of international solidarity with Palestinians.
Israeli’s Jewish-only colonization continues unabated in occupied West Bank where these settlements are to be annexed in the same way Israel annexed occupied Golan Heights and Jerusalem with the support of United States where governments are made and unmade by Zionists lobbies. In a move to reward aggression and crime, the US Secretary of State Mike Pompeo was in Israel on Wednesday to mark Israeli annexation of occupied West Bank.
Israel today remains as the symbol of evil, crime, injustice and barbarity threatening peace in the Middle East and the world.
To mark An Naqba, the Sri Lanka Committee for Solidarity with Palestinian People takes this opportunity to express its continued support for the Palestinian struggle to regain freedom and dignity and to return to their homes.