There are no Moulavis functioning in an Advisory capacity to me as the Minister. 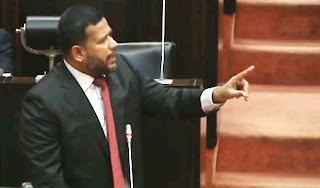 No Islamic cleric ever functioned as an Advisor to Sri Lanka’s Minister of Industry and Commerce. And contrary to the allegations levelled against him, Minister Rishad Bathiudeen never exerted pressure on the Commander of the Army to release any arrested person. “There are no Moulavis functioning in an Advisory capacity to me as the Minister. Therefore none of the arrested Moulavis to-date were my advisors. My two official Advisors have been Mr Roy Jayasinghe and Dr Azees” said the Minister of Industry, Commerce, Resettlement of Protracted Displaced Persons, Cooperative Development, Skills Development & Vocational Training Rishad Bathiudeen in Parliament on 22 May. Using his right to reply in the House, Minister Bathiudeen was making his statement to clear various allegations levelled against him by local Politicians.
Minister Bathiudeen continued: “It has been also reported earlier that a Coordinating Secretary of mine was arrested. That too was a lie and a totally false statement. There was also the accusation that my brother was arrested which was false. I have now obtained a letter from the IGP attesting my brother was never arrested.  I never pressured the Army Commander either. The Advisor to Muslim Affairs Ministry Mr Jainudeen called me and complained to me an unidentified group of people visited his home, and nabbed his son. For two days I was visiting Police stations-even Dehiwela Police station-without any success. The Police stations said there was no one like that under them. They advised me to speak to the Military forces to continue my search. Then I contacted the State Minister of Defence Ruwan Wijewardene who advised me to contact the Army Commander to see if the missing person was with the Army. I was doing this ‘missing person search’ on a humanitarian grounds. I then contacted the Commander and only asked him if this person was with the Army. I did not pressurise the Commander and never asked the Commander to release any individual either. Therefore the accusation that I pressurised the Commander utterly false. I wish to ask this House and people of Sri Lanka -Is it wrong to inquire about another politician’s missing family member if the family contacts you and ask you to help them to locate their missing person from Police stations and the Army?” 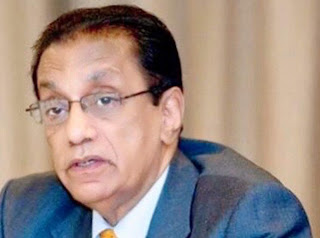 The Founder President of Sri Lanka’s Confederation of Micro, Small and Medium Industries (COSMI) has been appointed as the Co-Chairperson of theLondon based Global Peace Institute (GPI)which conducts interdisciplinary research in several thematic fields including international relations and politics. By this high profile appointment made on 15 January, GPI seeks COSMI Founder President Nawaz Rajabdeen’s contributions to improve its training and research efforts. GPI is a think tank run by the UK based Global Peace Ins. (GPI) CIC, an independent non-profit, non-governmental organization. GPI works for global peace and resilience through peace education, dialogue, training, creating awareness and research. COSMI Founder President Rajabdeen, as an honorary member, is also tasked by GPI to promote its programs, add value to research work, and also will be required to attend various GPI events. “I am thankful to GPI for enlisting me for their ongoing and vast efforts” said COSMI Founder Pres…
Continue reading 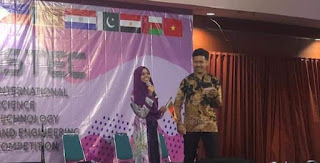