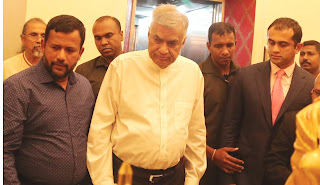 Asia Pacific’s leading entrepreneur education series, the flagship UNESCO-APEID meet is to be held for the first time in South Asia-and the milestone event is moved for the region by Sri Lanka’s apex entrepreneur and SME business development agency, NEDA.

“Entrepreneur development is a major pillar of economic reform vision of the Unity Government. Hosting UNESCO-Asia-Pacific Programme of Educational Innovation for Development (APEID) session for Sri Lankan entrepreneurs is a milestone for our entrepreneurs, SMEs and small businesses. Prime Minister Ranil Wickremesinghe too is aiming for economic development, including export expansion by linking our entrepreneurs to the global markets” stressed the Minister of Industry and Commerce Rishad Bathiudeen on 01 October after meeting with his top officials.

More than 200 entrepreneurs, and small business participants, policy makers, educators, and youth representatives from the Asia-Pacific region, are scheduled to join the seventh UNESCO-APEID meeting on Entrepreneurship Education starting 9 October in Trincomalee. The final day’s presentations of the three day session (on 9-11 October) will be in Colombo. The milestone event held first time for Sri Lankan entrepreneurs-is hosted by the National Enterprise Development Agency (NEDA) and convened by UNESCO Bangkok. The previous (sixth) session, held in October 2017 in Manila, Philippines played on the theme “Designing a Relevant and Innovative Entrepreneurship Education: Towards Mutual Recognition of Qualifications in ASEAN, East and South Asia.” UNESCO-APEID entrepreneurship education series calls multi-stakeholder support from government, education institutions, academia, private sector, international organizations and the students themselves and supports consolidating the network for entrepreneurship education among stakeholders. The first and the second sessions in this series were held in Hangzhou, China (in June 2012 and March 2013). Thereafter, the series continued to Kuala Lumpur (December 2013), Bangkok (two sessions-February 2015 and October 2015), Jakarta and Bandung (September 2016), sixth session in Manila (October 2017), leading to the forthcoming seventh session in Trincomalee, under the theme “Leveraging Multi-Stakeholder Engagement to Nurture Future Entrepreneurs.”

Chairman of NEDA Dakshitha Bogollagama stressed that NEDA is proud to partner in this pioneering venture with UNESCO. “We believe this will be the much needed eye opener for our entrepreneurs and SMEs –the economic sector that the government is keenly working to link to the global markets” said Chairman Bogollagama and added: “Sri Lanka’s newest economic strategy for its entrepreneurs “Enterprise Sri Lanka” encourages young and “educated” entrepreneurs, which the pioneering UNESCO-APEID session expects to fulfill.” NEDA, Sri Lanka’s apex entrepreneur development agency, was established by Act No. 17 of 2006, and aims to stimulate the growth, expansion and development of Sri Lanka economy by encouraging, promoting, and facilitating small and medium enterprise development within Sri Lanka -and “encourages the establishment and operation outside Sri Lanka of enterprises designed with a view to internationalize domestic enterprises capable of penetrating foreign markets.” 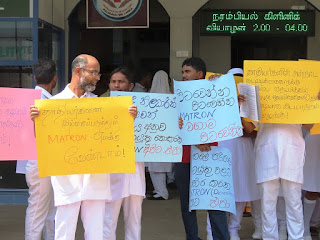 Allocation of Varnam Tv Ramazan Ifthar programme not suitable Ramazan events on 14th June 2016. I wish to inform this programme given publicity for a business person about flat relief activities not ramazan fast or ifthar events highlighted.
He mention his the president 24 mosque federation but it’s a faults information given by him. Munawar was damaged SLBC Muslim programme by given reference to business group by selling Muslim programme air time under business group control which has created friction among Muslim religious group. Tabliq, Thawheed Jamath, Ahlul Sunnah etc… when I was at SLBC news division incharge provincial Tamil Muslim News and news reel created cadre  to record events of our programme O/A Munawwar was interview he fails interview his broadcasting knowledge tested his not fit for broadcast activity he go behind several politician due to the pressure of politician under my recommendation he was appointed relief O/A after six month.
When he was assign relief O/A duty…
Continue reading 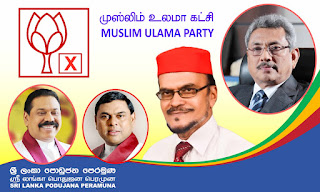