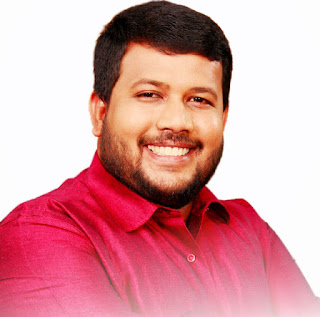 The All Ceylon Makkal Congress (ACMC) vehemently and bitterly protest and oppose the malicious comments   made by Hon. Wijedasa Rajapaksha   against freshly appointed National list MP. Prof. Dr.Ismail about which we are dismayed and astonished.

The tarnishing comments made by Hon.W.Rajapaksha last Friday on the 8th June at the inaugural   Oath taking ceremony by the newly appointed U.N.P Member of Parliament on behalf of A.C.M.C. is highly  deplorable.
Ignoring the very fact that it was customary to welcome the newly appointed  MP with greeting  during his   Oath taking ceremony ,contrary to this noble practice, Hon.W.Rajapaksha   burst out at and  criticized the former Vice chancellor M.S.M Ismail. which was highly unparliamentarily   and uncivilized behaviour, that tantamount to a character assassination of VC Ismail.
By heaping and harping   allegations, in a mud siling way against the national list MP  Hon.Ismail, the Hon.W. Rajapaksha has tarnished the impeccable sanctity of the August assembly of Sri Lankan   Parliament. It is a basic legal Maxim that ‘A Personis presumed innocent   until he is proved Guilty’. Notwithstanding this fact and being a legal luminary, Hon.W. Rajapaksha should have taken precautions, avoided those yet unproved allegations.
Hon. W.Rajapaksha may resurrect his nostalgic memory that he was also once   confronted with charges at the court of law.
In this context no one can construe that Mr.W.Rajapaksha was guilty unless and until he was proved to be guilty. Therefore the verbal attack on Dr. Ismail   by Hon. W. Rajapaksha was detestable and uncalled for.
Hon. Rajapaksha's reference with regard to the corruption, bribery and sexual favour   at the South Eastern University, we may mention here that this type of favouritism are not uniquely limited and confined only to South Eastern University alone. Before the establishment of S.E.U there were several universities where we often heard unpleasant things happening at the universities.
His Herculean effort to demonstrate the prevalence of sexual bribery or favour at the S.E.U seems to be emanated with an ulterior motive of demeaning the University. Periodically the newspapers and other media, flashes news of sexual advances, harassments and mischief    at different Universities of the country. His serious and sour statements that Degrees are offered through sexual bribe to the female  undergraduates are painful to hear. At this juncture, one wonders -through which kind of a bribe that male undergraduates obtain their degrees?
Since the S.E.U is situated predominantly in a Muslim dominated area, preponderated with Muslim students, mainly female, it is a preposterous statement directed at creating a black mark and an indelible stain on the character, virtue and chastity of the Muslim female undergraduates. We consider this as an unbearable insult on the community and a character assassination of the Muslim female student society. We register our strongest and sharpest protest on behalf of Muslim community.
We are apprehensive, and afraid, that this type of statements are the outcome of hate radiating against the Muslim community. At this juncture it is appropriate to ask from Hon. W. Rajapaksha, who was once held the Ministry of Justice and Buddha Sasana affairs as to why he is ignorant and   has so far failed to notice the irreligious, anti-social, nastic activities, such as intoxication   by liquor, amblings, abuse and Molestation  of children, homosexuality, rape and treasure hunting undertaken by some of the so called religious dignitaries. If he can focus on this nefarious activities and take creative and stern action to eradicate these menaces, it would be a greater and worthier service to Mother Lanka.
It is prudent to note here that, it is the same Hon. W. Rajapaksha who previously declared that he was ashamed to be the Cabinet Minister under the present Prime Minister, now comfortably turned to be a prominent Minister holding a powerful portfolio of the same government.
S.Subairdeen - Secretary General-ACMC