Mr. U. L. Abdul Majeed has been awarded a Ph.D 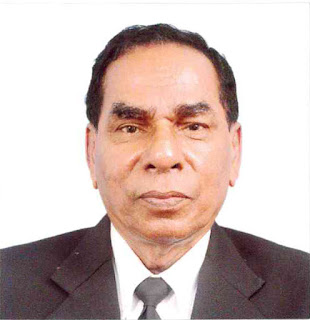 Retired High Court Judge and the present Chairman of the Wakfs Tribunal of Sri Lanka Mr. U. L. Abdul Majeed has been awarded a Ph.D by the University of Colombo for his Published work – a thesis - on “A COMMENTARY ON CIVIL PROCEDURE CODE AND CIVIL LAW IN SRI LANKA’ Volume I and II. These two Volumes were first published in October 2012 and September 2013, and both these are now being revised and the revised 2nd editions are available with new amendments on the Civil Procedure Code and case law.
Judge Majeed, having obtained a first class pass (with honours) at his Final Examination at the then Ceylon Law College, took his oaths as an Attorney-at-Law in January, 1971 and enjoyed a heavy practice in the civil and criminal courts in the Eastern province, with a particular concentration in the District Court of Kalmunai. He commenced his judicial career as a District Judge on 1st October, 1985 and served in the District Courts of Mannar, Kalmunai, Ampara, Walasmulla,   Galle and Colombo.
He was elevated as a Judge of the High Court in 1996 and served in that capacity in the High Courts of the Northern and Eastern provinces when it was a combined Court for the two provinces and finally in Colombo before he retired from judicial service in June 2001. He was the most senior High Court Judge at the time of his premature retirement due to a motor car accident.
Both as a practitioner and a judicial officer, Judge Majeed has an abiding interest in civil law and has contributed a number of articles on a diversity of subjects on civil law, to the Bar Association Law Journal, Sri Lanka Law College – Muslim Majlis Journal “MEEZAN”, the Tamil Mantram “NEETHI MURASU” and several other publications, and the national newspapers. His sustained enthusiasm and research in civil law brought out, in October, 2012, the first volume of, “A Commentary on Civil Procedure Code and Civil Law in Sri Lanka”,
And the second Volume in September, 2013, which contain a heavy amalgam of experience and empirical knowledge garnered over the years. These books, indeed, are filling in a lacuna that has existed in this domain for decades. These two Volumes are now used not only in Sri Lanka but also in India and the University of Stanford, USA, as authorities.
In 2016, his book, titled “A Manual on Family Law” was published for the Judges Institute of Sri Lanka and in 2017, “A Modern Treatise of the Law of Delict (Tort). His new book on “Equity and the Law of Trusts” is about to be released in June, 2018...
Judge Majeed, since November 2013 has been serving as the Chairman of the Wakfs Tribunal of Sri Lanka. He is a senior visiting lecturer in Law at the Al Mustafa International University, Colombo 3.
PHD – Dr. Philoshapy
Awarded – Colombo University
Effect From june 1st