incidents that occurred in the Kandy District over the past few days. 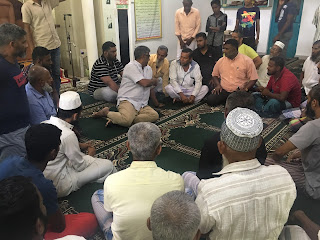 Hon Faiszer Musthapha Minister of Provincial Councils and Local Government on the incidents that occurred in the Kandy District over the past few days.

I am viewing these incidents that occurred, not from the stand point of race, rather as a Sri Lankan. Our brave men and women of the forces sacrificed their lives to free the island from the grips of terror, so that we, the people could live in peace and harmony under one flag as Sri Lankan’s. It is unfortunate that some of us have not learnt the lessons of the past and are still acting on the basis of race and religion.

From a very young age, we are taught to distinguish right and wrong through the prism of race, religion, cast and creed. This is taught by our communities and education system, but I feel in order to truly assess right and wrong, we need to unlearn all that we have and judge as human beings only.

We as the Government are responsible for the prevention of the incidents that lead up to the catastrophe in the Kandy District. We now need to ask ourselves, whether we are at a position to carry out our duties responsibly. I firmly believe that if the institutions entrusted to maintain law and order had acted swiftly, we would have been able to curb the losses inflicted to life and property.

We have agreed to comply with international conventions and laws, drafting laws aimed at preventing racially motivated acts of hate. An example of this would be the International Act on Civil and Political rights, which was passed in parliament under Act 56 of 2007. It is our responsibility to implement this, and I am of the belief that any individual breaking the law should be given the maximum sentence permitted. I also propose for an Independent Presidential Commission of Inquiry to be appointed immediately to seek out and apprehend the culprits responsible for these catastrophic events. It is also imperative that corrective steps are taken against law enforcement personnel who delayed on taking action, allowing these incidents to escalate to the violence that unfolded over the past few days in the Kandy District. The Government should also actively work on implementing mechanisms to compensate all those affected by the violence.

It was evident that there was a hidden political hand, playing an active role in the events that led up to Kandy for narrow political gains. It was clear that these events were used as a political platform to spew religious hate, racism and also to instil fear. I strongly condemn these attempts to shine a negative light upon the country within the international arena, along with the crude ploy to destabilise the country. I kindly request these individuals to not betray our beloved motherland for petty political gains.

I would once again like to remind you that I have entered politics as a Sri Lankan. I request everyone to understand the bitter truth without delay that as Sri Lankans we should build the country on the basis of national integration mutual understanding and trust among the different ethnicities. 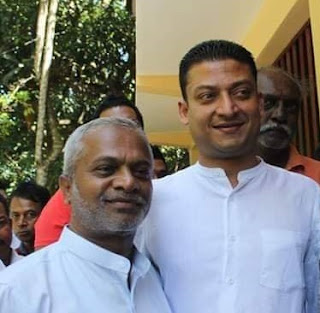 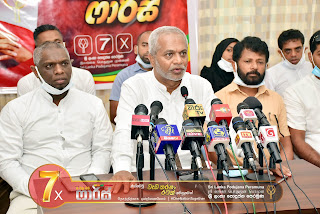