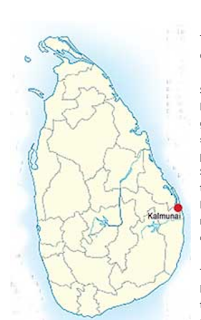 When people rise against political hypocrisy

This is a very recent example to demonstrate how Muslim voters have been deceived by politicians to grab their votes.


Sainthamaruthu-Malikaikkadu Jummah Mosque, which is the only Jummah Mosque for more than 28,000 people, has declared in public, at a very large gathering, that the people of Sainthamaruthu – Malikaikkadu will not support the political activity of any party, until a Gazette notification is published for the creation of a separate local government authority for Sainthamaruthu. They have declared they will field independent candidates to contest any future elections under the direction/guidance of the Trustee Board of the Grand Mosque if this does not happen. They have also decided not to invite any politician to Sainthamaruthu-Malikaikkadu area to any event/function until the notification is published.


This is an unprecedented move in the political history of Sri Lankan Muslims. This clearly demonstrates a political awakening of the people of the area, especially the youth who have been voting for these politicians and political parties. They also burned the effigies of some politicians, including SLMC leader Rauf Hakeem, at a very large gathering in the village. These are very rare events in a village where law-abiding and God fearing people live.


Sainthamaruthu-Malikaikkadu is one of the densely populated villages in the Kalmunai constituency of the Ampara District in the Eastern Province, with a separate Divisional Secretariat (one of 19 in Ampara District). Long before the Kalmunai Municipal Council was formed in 1987, the village had its own Village Council. Currently, this village is part of the Kalmunai Municipal Council and their long felt aspiration is to form a separate local government authority, namely a Pradeshiya Sabha (PS) to fulfil their needs. Their main argument is that they have been neglected in many activities by the Municipal Council. I will give my opinion whether their demand is right, wrong or justifiable. I highlight through some recent events in the area how they have been deceived by the politicians giving promises over promises to snatch their votes. Most of these promises were given just before the past elections. This is very clearly political hypocrisy!


ALM Athaullah, who was the Minister of Local Government and Provincial Councils (2010-12), told the people of this village at a large gathering they will get their Pradeshiya Sabha. He could have done this without any difficulty since he was the relevant minister. Further, this village is located in his electoral district and he has the obligation to meet the requirements of his constituents. The current Minister of Provincial Councils and Local government Faiszer Musthapha, during a visit to Sainthamaruthu, said the people of Sainthamaruthu needed a Pradeshiya Sabha and he would definitely give it to them. If he will not fulfil this aspiration of these people by not delivering his promise, he will be regretting through his life, for missing a golden opportunity to serve them when having power to do so. Sometimes, I wonder whether these two Muslim ministers realised how much they could do to the people through the portfolios they hold, compared to the services rendered by ministers who held similar portfolios in the past, even within a short span of time.


Other members of parliament too made promises to create a Pradeshiya Sabha for Sainthamaruthu. They are:


Deputy Minister HMM Harees, who also represent the people of the area in Parliament, made some promises in this respect. He said, at a meeting with people including media personnel that he was in a very clear stand on the issue of Sainthamaruthu local government authority, and promised the Trustees of the Grand Mosque and the people that he would take necessary actions to form a local government authority for the village.


Prime Minister Ranil Wickremesinghe also promised this when he addressed a public gathering. He said, according to the request made to Karu Jayasuriya (then the relevant Minister) by the leader of SLMC, he would create a Sainthamaruthu Pradeshiya Sabha. What a strongly worded promise by a leader of the nation.


The SLMC leader who spoke at the same meeting said the promise is given by the nation's leadership (Prime Minister) and tried to convince the people to trust the words of the PM saying, ‘since the nation's leadership has given the promise there is no chance of that not happening'. The SLMC leader added that only his party can bring the Pradeshiya Sabha and it will fulfil this. He asserted that there is no room for any alternative opinion in this respect.


Minister Rishad Badiuddin said at another large gathering that they were going to announce newly created local government authorities very soon, and will announce one for Sainthamaruthu, too. He added that he had made the request to this effect and the relevant authorities had accepted his request. He further said he was giving this good news to the people, and that any local government elections would be held only after obtaining a separate local authority for Sainthamaruthu. What a strong statement!


Now newly proposed Pradeshiya Sabhas have already been declared for areas other than for Sainthamaruthu. For example, on the request of Minister Mano Ganesan, four new Pradeshiya Sabhas are to be created in the Nuwara Eliya District. This is a commendable achievement by just one person, which cannot be achieved by many Muslim members of parliament, including cabinet ministers, who promised just one Pradeshiya Sabha. Even up to the time when the Bill was submitted to Parliament for third reading, these MPs who gave so many promises to these people had very good chances to fulfil their aspirations for a Pradeshiya Sabah. With Parliament having had a full day debate before passing the Bill, the Muslim MPs could even have demanded many new local authorities in many areas in the North and the East, not only for Sainthamaruthu.


It seems none of these politicians ever made any attempt to clearly explain in a constructive manner to the people of the merits and demerits of a demand to divide Kalmunai Municipal Council area to form a new Pradeshiya Sabha for Sainthamaruthu. They used this opportunity to ‘steal’ their votes by giving false promises to create a new local government authority. They betrayed the people of the area, in November 2017, under the leadership of the Trustees of Sainthamaruthu-Malikaikkadu Jummah Mosque, with tremendous support and cooperation of religious leaders, academics, professionals and civil societies, have made the above declaration not to support the political activity of any party, until a Gazette notification is published for the creation of a separate local government authority for Sainthamaruthu.