Sri Lanka’s former president Mahinda Rajapaksa smiles during celebrations to mark his 71st birthday with his family and friends at his official residence in Colombo in this Nov, 18, 2016 file photo. — AFP
COLOMBO — A year after losing Sri Lanka’s presidency in a stunning electoral upset, strongman Mahinda Rajapaksa is making unusual political moves to regain power in the South Asian island nation — through a newly launched political party in which he has no actual stake.

Rajapaksa has yet to leave his old party, now led by the former ally who ousted him at the polls, but it’s clear he is quietly in control of the new Sri Lanka Podujana Peramuna party, which translates as the Sri Lanka People’s Front. It’s headed by Rajapaksa’s former foreign minister, Gamini Peiris. Rajapaksa’s brother and former economic affairs minister, Basil Rajapaksa, holds high rank.

Peiris “is not the real leader” but will carry out the former president’s wishes “until Mahinda Rajapaksa decides to come forward,” political analyst Jehan Perera said of the longtime Rajapaksa loyalist.

The Sri Lanka People’s Front admits that is the goal, even if the former strongman remains coy about the new group. Last month, Rajapaksa dodged reporters’ questions about whether he was involved, saying, “Let’s see, it has not happened so far.”

Basil Rajapaksa, speaking in an interview, was more direct.

“Our main objective is to bring back President Mahinda Rajapaksa,” said Basil Rajapaksa, speaking at his new party office on the outskirts of Colombo. “He is our future leader and spiritual leader. … It’s just a matter of time. His vision is our policy.”

Mahinda Rajapaksa ruled Sri Lanka for nine years beginning in 2005, and had widely been expected to win an unprecedented third term in 2015. He’d built up immense power and was popular among the country’s majority ethnic Sinhalese after overseeing the military’s brutal defeat of ethnic Tamil rebels, ending a 25-year civil war in 2009. Some supporters even hailed him as a king and a savior.

But he was increasingly criticized for failing to allow an investigation of alleged war crimes by the military, while also facing mounting allegations of corruption and nepotism.

He lost the election after his health minister Maithripala Sirisena launched his own last-minute election campaign. He was further humiliated when Sirisena’s government ordered investigations into corruption, abuse of power and even murder that implicated several members of Rajapaksa’s inner circle — all of whom have denied the allegations.

Many of the cases now being prosecuted are still pending in court. Basil Rajapaksa said corruption allegations that led to his arrest and release on bail were politically and personally motivated.

While the party is now headed by President Sirisena, a dissident faction has followed the Rajapaksas in an ad hoc opposition group since the election. Another brother, former defense secretary Gotabhaya Mahinda, also remains loyal though he is not an elected lawmaker.

That faction opposes Sirisena’s first-time coalition with the Freedom Party’s archrival, the United National Party. The two parties have dominated Sri Lankan politics since the country’s 1948 independence from Britain. 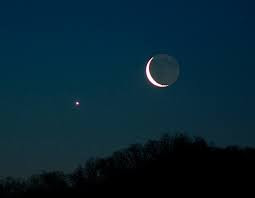